organizes literary residences for young writers, translators and editors. The project will begin at the end of 2018 at three locations - in Ljubljana, Larissa and in Pomena on the island of Mljet, organized by Sandorf publishing house from Zagreb, in partnership with Slovenian Writers' Society (DSP) from Ljubljana and publishing house Thraka from Larissa. Each resident will spend three weeks on each location from December 2018 to October 2019, and the idea of the project is to gradually extend the network of partners to other European countries in the future and to bring together artists from around the world and expose the creative potential of various European locations.
Tovar.hr is the main means of informing about the Ulysses' Shelter project - about the residents, their work, and events within the project (readings, workshops, conferences and social events with residents).

Read about the three candidates from Greece who have been chosen to participate in the 2021/2022 residency programme.

Filia Kanellopoulou, (born 18/08/1991) studied Philosophy at the University of Athens and Acting at Delos Drama School. She is actively involved in writing. She has authored the poetry collection Ta mesa mou (My inner world). The collection was released in May 2019 by Oropedio Editions and was presented for the first time in Thessaloniki in May 2019 as part of the 16th Thessaloniki International Fair at the Municipal Library of Thessaloniki, with speakers Alexandra Mylona (author/director) and Silvia Tsombanaki (visual artist/photographer) who is also the editor of the visual environment of the book. Then, it was presented at Oktana bookstore, in Thessaloniki, by Ioanna Lioutsia (poet/actress) and in Athens, at Provadiko Meeting Place, by Orestis Tatsis (director and collaborator of “Erma” Editions ). Some critics who have written about her collection are: Penelope Zardouka (essay in relation to Expectation, Probability and Poetry in the work of six poets for Mandragoras literary magazine), Dioni Dimitriadou (Odos Panos literary magazine), Ioanna Lioutsia (Publishing News of the Surrealist Group of Thessaloniki), Petros Golitsis (Greek and Translated Poetry column in Efimerida ton Syntakton newspaper) and Alexandra Mylona (Oropedio literary magazine). In December 2020, she was presented with the 2019 Jean Moréas Newcomer Poet Award, in the context of the International Poetry Festival of Patras , for the poetry collection Ta mesa mou [shared with the poet Penelope Zardouka for her book Aiorein (Floating)]. Her collection was also included in the shortlist of nominees for the 2019 Giannis Varveris Newcomer Poet Award of the Hellenic Authors' Society. Her poems have been included in the poetry anthology The Poems of 2019, which is published by Koinonia ton (De)Katon Editions (edited by Popi Aroniada and Kostas Lantavos and under the supervision of Ntinos Siotis). In addition, her poems from the collection Ta mesa mou have been translated into Romanian by Vasile Igna and published in the Romanian magazine Scríptor. Her first play, Women -Maybe Not- Alone in the City, July at 40 C, was staged in June 2018 at Tempus Verum Theater in Athens by the independent theater company NEKO, of which she is one of the founding members. She has attended the Workshop for Young Playwrights at Michalis Kakogiannis Foundation (2017-2018). She is currently attending the Postgraduate Program "Greek and World Theater: Drama, Performance, Education" at the University of Athens. She has attended the following seminars: "After the postmodern, what?" by Theater Studies Professor Savvas Patsalidis, "An Introduction to Screenplay," an online seminar offered by the University of East Anglia, "Stories of ourselves - Documentary Theater" by Georgina Kakoudaki and organized by the Panhellenic Network for Theater in Education, etc. She is currently preparing the publication of her second poetry collection, the publication of her first play in the form of a graphic novel, and is experimenting with screenwriting and directing short films. Her poems, articles and essays have been published in print and online magazines and sites. She works as a theater teacher and actress. 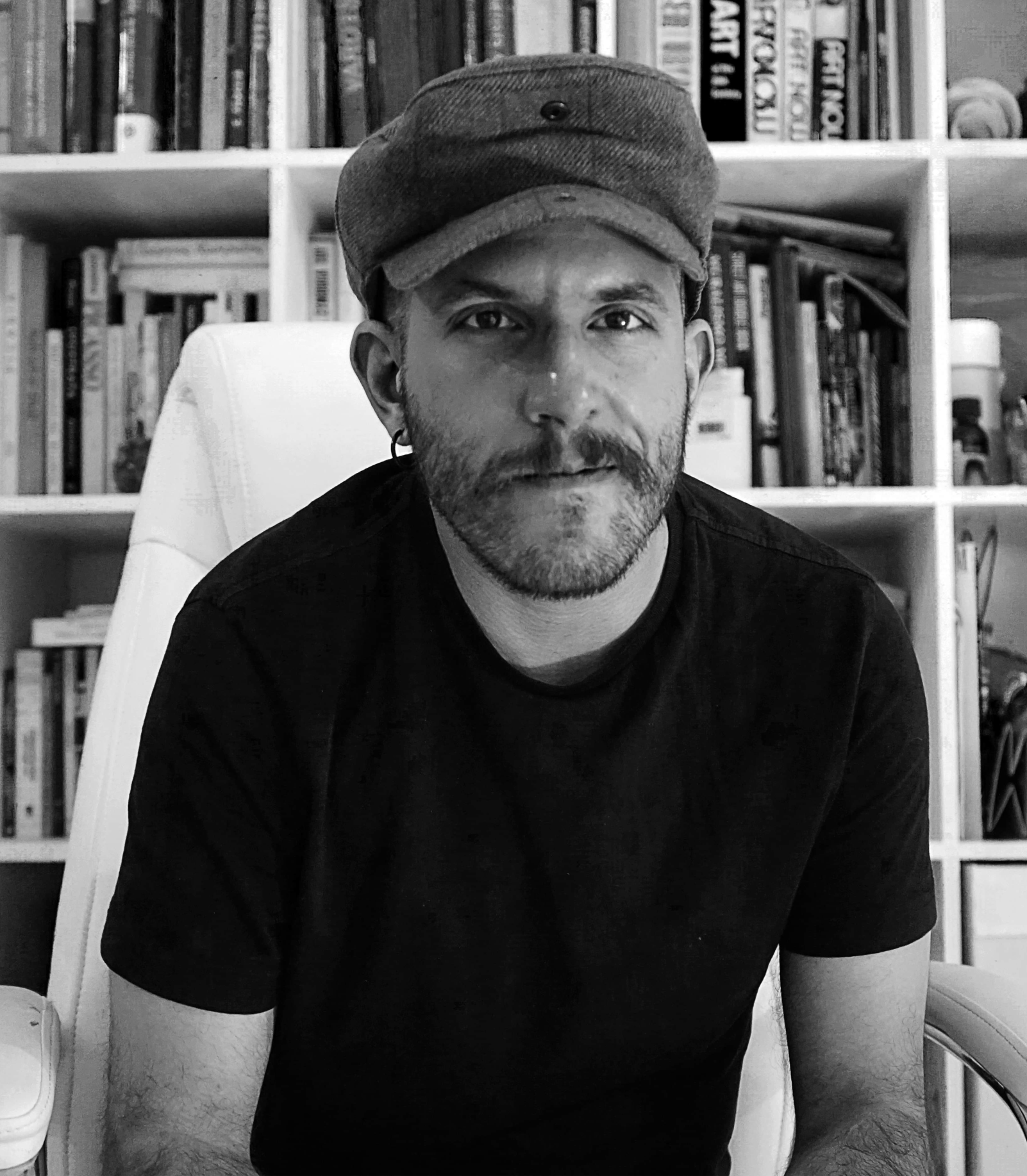 Nikolas Koutsodontis was born in Athens in 1987. He studied Sociology at Panteion University of Social and Political Studies and in 2013 started following courses of Hellenic and international poetry at the Takis Sinopoulos Foundation for two years.

His debut poetry collection "Decalcomania" was published in 2017 by Entypois editions. It was nominated for the Anagnostis (The Reader) Award in 2018 and
in the same year he was awarded the first prize (ex aecquo with Lenia Zafiropoulou) at the Panhellenic Poetry Contest “George N. Carter”, held by the Aikaterini Laskaridis Foundation for unreleased poems that are to be included in his second book "As long as you don't bring anyone home" that is about to be published in 2021 by Thraka editions.

In May 2019, he participated in the 6th Young Writers Festival of the 16th Thessaloniki International Book Fair, organized by Hellenic Foundation of Culture. He also participated in the 48th Book Fair of Zappeio in September 2019, the 4th Bio Chemical Festival organized by the municipality of Avlida in July 2020 and the 9th Literary Stage hosted online by the Entefktirio magazine, in December 2020.

Poems of his have been published in both printed and online magazines. They have also been translated into Croatian and Albanian.

Iakovos Anyfantakis was born on the island of Crete in 1983. He moved to Athens for his studies, and eventually completed a PhD in contemporary history, focusing on the memory of the Greek civil war in literature.

Ηe has published three books of fiction: the novella Αλεπούδες στην πλαγιά (Foxes on the hillside) in 2013 that was shortlisted for a national book award of a young writer, the short story collection Όμορφοι έρωτες (Beautiful loves) in 2017, and the novel Κάποιοι άλλοι (Somebody else) which received the Aναγνώστης award as the novel of the year.

His books and short stories have been or are being translated in more than 5 languages across Europe.

The candidates chosen by the partner organisations are:

Partners on the project:

Sandorf - publishing house founded in 2008, engaged in Croatian literature and literature in translation, and in a wide range of books in humanities.

Center for Research and Promotion of Urban Culture (CIP) is a non-profit association that has existed for twenty years. Established in 1998, it operates in the areas of culture and art, urbanism, youth mobility and social dialogue.